A leader in its field, the Yorkshire-based firm claimed no fewer than eight accolades in the 2020 Print Awards, run virtually due to the Coronavirus pandemic by EFIA (European Flexographic Industry Association), including gold medals for innovative work in flexo printing on film and for brands, taking the company’s haul to 22 golds from different industry events over the last six years.

Recognition for another successful year comes during a difficult period for many manufacturers; however family-run business Roberts Mart is confident that 2020 will show another increase in its turnover, which has grown on average by 11% year-on-year since the move to its state-of-the-art facility on the outskirts of Leeds in 2004.

During this time Roberts Mart has invested around £40million in equipment, general upgrades and training of staff at its plant. Determined to stay ahead of the competition the firm is now considering expanding its single site capacity by 55,000sqft. This will free up extra production space for further investments, meaning another boost to the current head count of 230 which has doubled since 2004.

So, what’s behind Roberts Mart’s success? Managing Director, William Roberts, puts the company’s spectacular growth down to its independence which means it has the ability to react quickly to changing markets, backed by a refusal to compromise on buying the best-of-range machinery and coupled with employing some of the most experienced flexible packaging professionals in the industry.

He commented: “We have not compromised on anything. Our growth strategy is underpinned by the best technology, the right people and seizing opportunities in the right markets. You can now find our packaging in almost every aisle in every supermarket in the country. However, we’re not resting on our laurels, we’re still looking to strengthen our presence in our core food and drinks markets.”

A six-generation family run business, Roberts Mart believes in family values which is reflected in the company’s ability to attract and retain talent from local communities, indeed several successive generations of employees’ families have contributed to its success.

William Roberts added: “We have a loyal workforce and high retention rate because we’re concerned for our people’s welfare, even outside of work and especially with the current public health crisis. We believe in treating people fairly and providing them with the high-quality facilities expected of a successful business.”

Roberts Mart is also committed to reducing the impact its products have on the environment with an ongoing sustainability drive that includes supplying films and pouches that can be completely biodegradable or recyclable through a household bin. 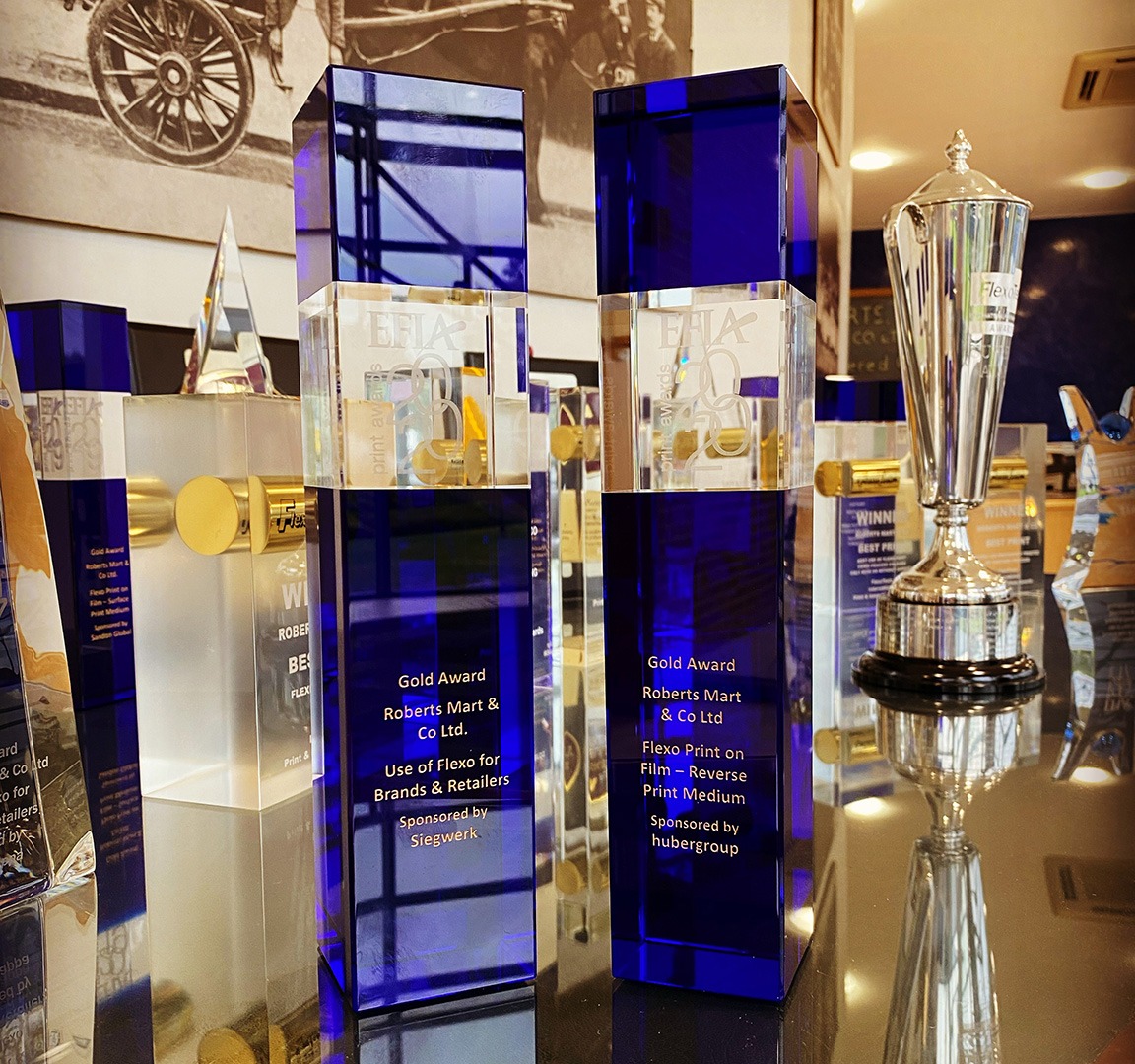 Its recent tally of industry awards, which is believed to have never been done before by a single site operation, is further proof that Roberts Mart is the ‘go-to’ supplier for top quality, reliable and robust printed flexible packaging.