For years these builders and engineers of the future have supported major projects as well as their fellow students at Bradford College.

Now the Chartered Institute of Building (CIOB) has given out special awards to four hard-working students on construction and engineering courses for exceptional achievements.

Sam Dibaj, Chair of the CIOB Leeds Hub Committee, presented the Certificates of Excellence and prizes in a virtual awards ceremony held via Microsoft Teams.

He told the winners: “It’s our aim to inspire the next generation of construction industry professionals. You’ve all been recognised for the skills that you have, that are pivotal to working within the construction industry: Communication, teamwork, having a positive attitude and maintaining high standards.”

Achieving this special recognition are:

James has achieved this award for outstanding achievement, teamwork, leadership and resilience. He has been at the college since leaving school and did a two-year plastering BTEC course followed by a Higher National Diploma. He has worked his way up to Level 6 BSc. All lecturers have got to know him over the years and are impressed with the progress he has made.

Not only is he extremely capable, he takes on feedback and understands what is expected of him to become a student who achieves Distinctions in any subject he puts his mind to. He excelled so much in his Level 5 modules he struggled to find elements to work on in topics for Level 6, and had to work extra hard to bring something new to the table.

James is a team player and is always willing to explain notions to fellow students and guide them where he can. He is a true leader.

Tooba Noor, Senior Academic Team Leader for Construction and Engineering at Bradford College, said: “Even though James has a great academic profile, he struggled to find a position in the industry but kept trying. His resilience helped him secure the well-deserved position he is in now, of trainee site manager.” James hopes to progress into a management role in pre-construction.

Martin received his award for his outstanding achievement and positive attitude. Martin has achieved Distinction across the board, and this is through the questions he has asked tutors to clarify points. This not only helps him but the rest of the class too.

During the week most of the academic year Martin has been working away from home and sometimes would return home late at night, yet keeping his attendance at 100%. His positive attitude to work and life is admirable.

After the lockdown, Martin attended his workplace on his college days. Through this difficult time, he was still committed to his online classes and meeting submission deadlines without asking for extensions or voicing his difficulties.

Tooba said: “His achievement is just outstanding. Martin has such a positive attitude to work. When all course groups struggled with a situation, he was able to highlight the problem and extract something positive. Although Martin is a quiet individual who speaks when he needs to, he is someone everyone would want on the team.” 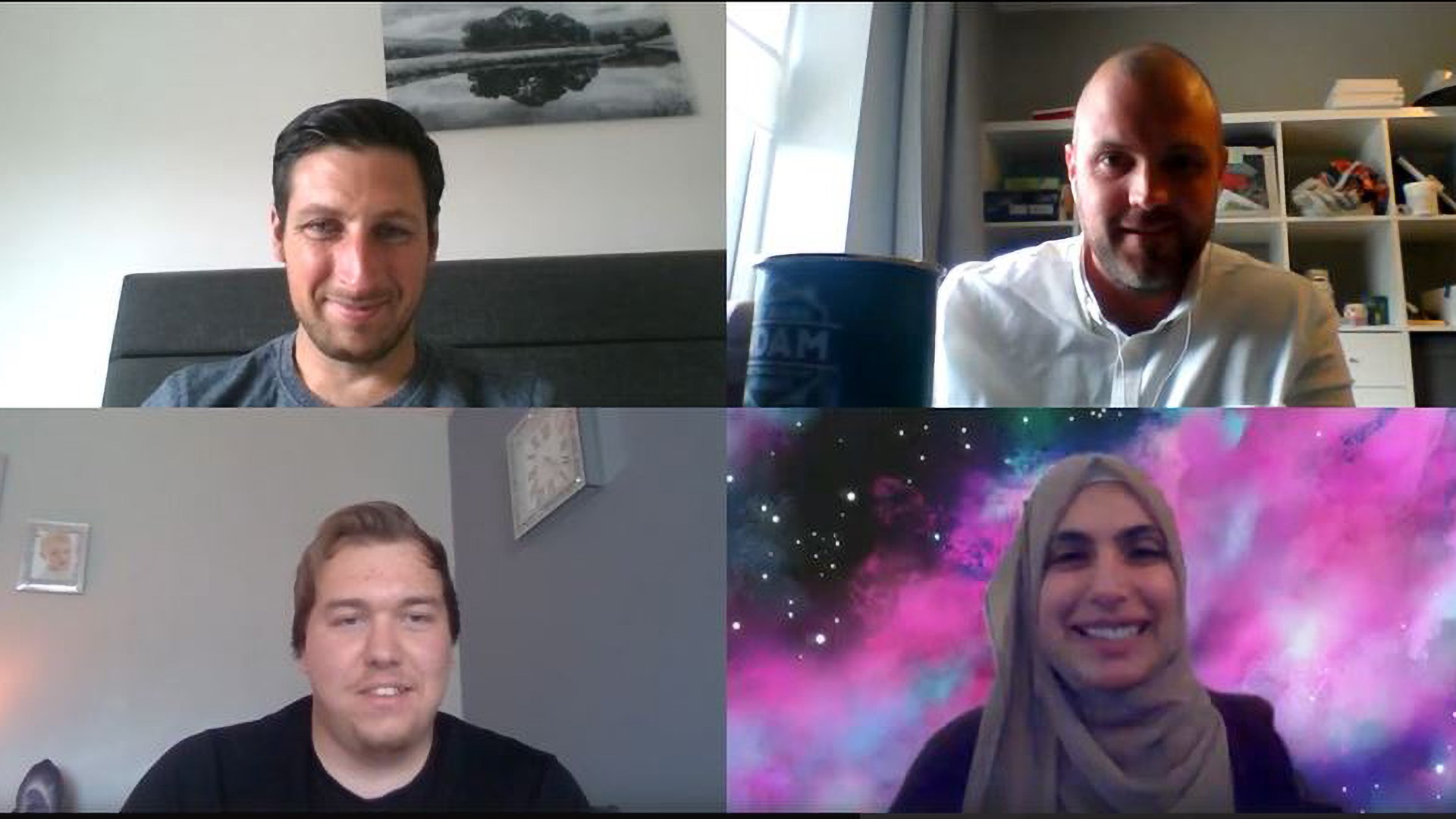 Hussein achieved the award for his excellent communication and teamwork skills. He is a motivator as well as a committed student. He takes it on himself to motivate other students and push them to achieve their potential as well as achieving his best.

Having begun studying engineering after leaving the RAF, Hussein decided to study at Bradford College to gain more knowledge of the industry. He worked his way up different levels of qualifications. Recently, during this lockdown, Hussein has taken it on himself to organise lectures and lecturers, providing timetables to his class of when the sessions are and on what days. This took the pressure off lecturers and kept all students up to date. When students had queries and appeared to be getting stressed with the situation, Hussein was always at hand to offer resolutions and point people into the right direction. This shows Hussein’s problem solving character; nothing fazes him.

Not only has Hussein aided communication and worked well with staff and students, he has guided students into next steps in their career whilst working on his own career. For his group project, Hussein took the role of a Project Manager. The College has not seen the collaboration techniques used, coupled with the detailed communication, in any other Group Project/Team before.

Hussein is a person that not only lecturers need but fellow students too. Tooba said: “We are all very lucky to have him especially at this time.”

Adam’s award was for outstanding achievement and maintaining high standards while overcoming difficulties. He has a Distinction profile and takes pride in his work. This academic year he has supported his family through a difficult time. At the same time he was juggling work and college, yet he surprised everyone at the college at the level of commitment to his work and keeping up high standards.

After lockdown, Adam’s was seconded to work at a hospital and he and his workplace became extremely busy as they supported construction work, which included theatre upgrades, creating isolation wards, fitting extra scrub rooms. This was while some areas of the hospital were closed for essential roofing work. Again, through this time, he found a way to balance work, college and life without letting his grades fall. Tooba said: “Not many would be able to achieve what Adam has achieved.”

The CIOB is the world’s largest and most influential professional body for construction management and leadership. It accredits university degrees, educational courses and training. Its professional and vocational qualifications are a mark of the highest levels of competence and professionalism, providing assurance to clients and other professionals procuring built assets.

Tooba said: “Congratulations to all our award winners. To achieve this recognition is quite exceptional and Adam, Hussein, James and Martin have made us very proud. At Bradford College we have an excellent relationship with the CIOB; it’s thanks to the hard work of the students and the support of the CIOB that we have been able to produce award-winning students who will go on to play important roles in the industry.”

Career opportunities exist at many levels in the Construction sector. The industry is currently experiencing skills gaps and there is a wealth of opportunity available for men and women who gain skills in these areas. Careers in Construction combine specialist and practical skills with management and organisational abilities. Highly specialist positions regularly command high salaries and offer excellent career progression.

Students will benefit from the support of experienced and professional tutors whose dedication has won the College recognition and awards. If you are considering a career in the construction industry and want to know more about how Bradford College can help you, please visit our website.