The University of Bradford has honoured four local figures with Honorary Degrees through a series of intimate interviews shared during its UNIfy festival.

Each day throughout the festival, the University of Bradford’s new honorary graduates were interviewed by the host, Ian Beesley in a series called ‘Conversations with…’. Ian is an award winning and internationally acclaimed artist and photographer and was made a Doctor of the University in 2019. The four honorary graduates are Perry Austin-Clarke, Alan Dix, Syima Aslam and Enzo Cilenti.

Professor Shirley Congdon, Vice-Chancellor, University of Bradford said: “The UNIfy Festival provided an excellent opportunity to celebrate the achievements of our most recent Honorary Graduates; Perry Austin-Clarke, Alan Dix, Syima Aslam and Enzo Cilenti. These four outstanding individuals have all played a major role in developing the cultural sector in Bradford and beyond and their achievements reflect the core values of our University: Excellence; Innovation; Trust; and Equality, Diversity and Inclusion. 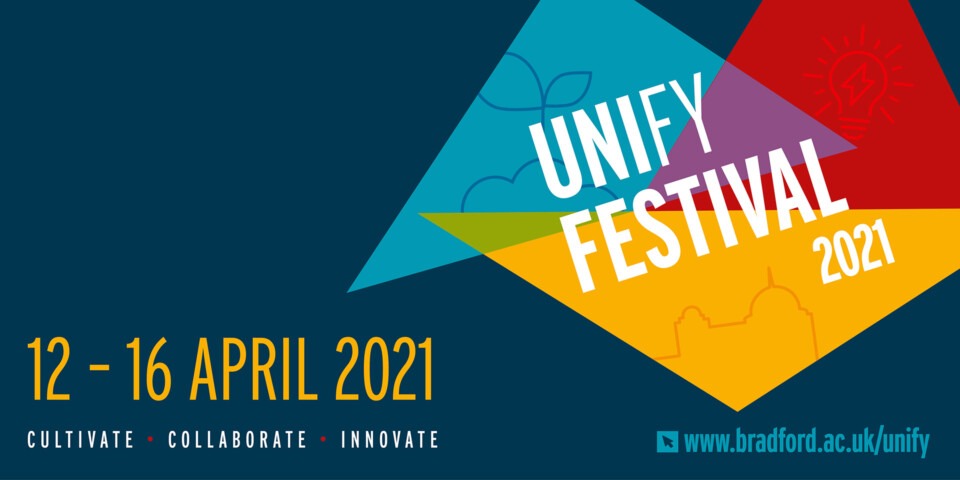 “They are all inspirational role models for both our students and for everyone in the city, and so it has been a privilege to present them with Honorary Awards and recognise their achievements during ‘Conversations With.’”

Perry Austin-Clarke – Doctor of the University

Perry is one of the most experienced senior newspaper editors in the regional press, spending almost 29 year at Newsquest and was Editor of the flagship Telegraph & Argus for 25 years. During his editorship, the T&A covered high profile stories such as the change of law on forced marriages and the Bradford riots, raised millions of pounds for charity, and launched both the Bradford Means Business Awards and the Bradford and District School Awards. Perry is also a founder member of Bradford Cares and is a Vice-President of the Bradford-based Centre for Political and Public Participation (CPPP) which aims to encourage young people to play a part in public life.

Alan Dix – Doctor of the University

Alan Dix is the Artistic Director of Bradford Based 509 Arts. He has worked as a theatre director and arts consultant for over 40 years. His company, 509 Arts, works with arts organisations and artists throughout the UK and abroad. 509 Arts specialises in the production of new work for underserved audiences in unexpected places. He is currently developing a music theatre piece – Meal One – in partnership with Mind the Gap theatre and has a 10 year commission – Decade – with Theatre in the Mill, that explores his personal journey from 70-80.

Syima Aslam – Doctor of the University

Syima Aslam is founder and Director of the Bradford Literature Festival, a key event in the UK cultural calendar and the most diverse literature festival in the country, attracting over 70,000 people to Bradford each year. Syima is a Fellow of the Royal Society of Literature, she was awarded a Hospital Club Award, Professional of the Year at the Yorkshire Asian Business Awards and she is a board member for national cultural organisations such as Arts Council England.

Enzo Cilenti- Doctor of the University

Born in Bradford to Italian parents, Enzo Cilenti has worked as an actor, producer and director in TV, film and theatre in both the UK and the US for over 20 years. His television credits include Spooks 2, Jonathan Strange & Mr Norrell, Wolf Hall, Game Of Thrones, Luther and Les Misérables. His film credits include Wonderland, In The Loop, Guardians Of The Galaxy, The Theory Of Everything, The Martian, Free Fire, The Man With The Iron Heart.

Created with University staff, students, partners and communities, the UNIfy festival shares knowledge, evokes discussion, inspires ideas and celebrates the City and the University in a weeklong programme of events.

Based on the three festival themes of Heritage and Pride, Enterprise and Innovation and Building Resilience, UNIfy aims to deliver an exciting online programme of free interactive workshops, lectures, panel discussions and more.