Opera North announces new plans to share music and performance this Christmas, after the Company’s home city of Leeds moved into the highest tier as the second lockdown ended.

Whether outdoors or online, all activities will observe Covid-19 secure guidelines with the safety of participants, staff, production crew and performers remaining paramount.

Buy tickets and watch at https://www.operanorth.co.uk/whats-on/fidelio-ondemand/

Following the success of The Seven Deadly Sins livestream, a dramatic concert performance of Beethoven’s only opera, Fidelio, will be streamed live from Leeds Town Hall at 7pm on Saturday 12 December. It will then be available on demand for seven days.

Fidelio is actually Leonore, a noblewoman disguised as a man, in search of her husband, Florestan, who has been unjustly imprisoned by his tyrannical political opponent Don Pizarro. Fidelio secures a job as a prison guard and sets in motion a chain of events in which she must risk everything to save her husband’s life…

Conducted by Mark Wigglesworth and featuring an impressive cast of internationally-renowned singers including Rachel Nicholls, Toby Spence, Robert Hayward and Brindley Sherratt, Fidelio is the most ambitious work by Opera North since lockdown. A 33-piece orchestra and 24-strong chorus will take to the Town Hall stage to perform Beethoven’s compelling tale of liberty, justice and dignity. 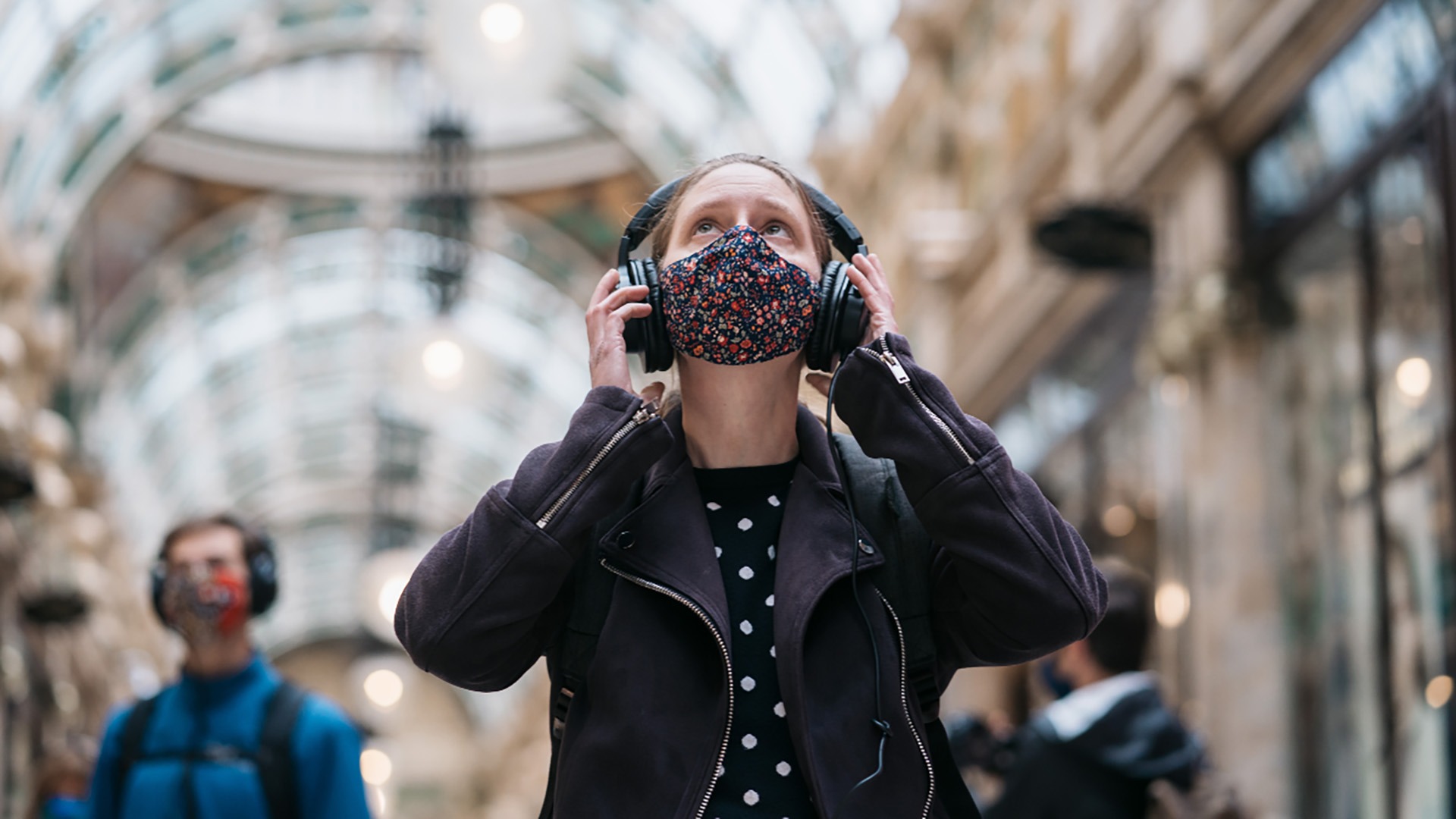 Outdoor Event: As You Are

Within the guidelines of the new tier system which come into force this week, As You Are: A Leeds Soundwalk can now open with audiences strictly limited to six per walk, and social distancing in place for people attending from different households.

A new commission by South African-born cellist and composer Abel Selaocoe, As You Are follows the Company’s acclaimed soundwalks for the Humber Bridge and the River Tyne, and is a natural successor to Walking Home, a series of downloadable soundtracks composed to accompany lockdown walks as part of the BBC’s Culture in Quarantine programme.

After collecting a fully-sanitised audio device from the Victoria Gate shopping centre, participants will visit a series of landmarks around the city to the accompaniment of a specially-composed soundtrack featuring the Chorus and Orchestra of Opera North, Zimbabwean mbira player Anna Mudeka, Moroccan guimbri player Simo Lagnawi, and djembe virtuoso Sidiki Dembélé from the Ivory Coast.

People can take the walk at their own pace with the soundtrack triggered by transmitters as they pass certain points on the route.

Recognising that families will miss out on their annual trip to the pantomime this year, the Company is offering a filmed version of Whistle Stop Opera: Cinderella from Thursday 17 December, giving parents and children the chance to watch it together from the comfort of their homes over the school holidays.

Older viewers are being invited to take a virtual trip to the streets of a wintery Paris as La petite bohème also moves online. Originally planned to be projected onto walls and buildings in Leeds, Nottingham and Hull, this new 20-minute film will now be available through Opera North’s ONDemand platform from Thursday 17 December until Monday 4 January 2021.

Inspired by Act III of Puccini’s La bohème, artist and filmmaker Matthew Robins has used animated papercuts to bring two pairs of lovers to life as they sing passionately of their jealousy and desire. With a newly recorded soundtrack by the Orchestra and Chorus of Opera North, the film also features three singers from the Company’s full 2019 mainstage production, Katie Bird (Mimi), Thomas Atkins (Rodolfo) and Tim Nelson (Marcello), who are joined by James Kryshak as Musetto.

Opera North’s Education work has continued to inspire and engage schoolchildren with music throughout the Covid-19 pandemic. As an end-of-term treat, the Company is offering the Whistle Stop Opera: Cinderella film free of charge to primary schools across the North of England during December. Schools who sign up to access the recording will also be sent additional resources, including a song to learn and sing when watching and a wand to make before the show.

Building on the successful Arts Together for Care Homes project in the summer when artists safely entertained residents and staff outside a number of homes in the region, Carols for Care Homes has been designed to bring seasonal cheer to residential homes across Leeds and West Yorkshire at a time when many celebrations have been cancelled.

A recording of festive favourites performed especially for the occasion by the Chorus and members of the Orchestra of Opera North will be available for care homes to watch online and to enjoy as a welcome communal activity with personal messages being included for those watching.

“While being placed in Tier 3 under the new government restrictions continues to have a major impact on live performance in Leeds with venues remaining closed, we are steadfast in our determination to respond to the situation with creativity and innovation. We still remain committed to sharing extraordinary experiences with audiences across the North of England and beyond, whatever tier we find ourselves in.

“We are delighted that, under the current guidelines, we are now able to launch the As You Are outdoor soundwalk, enabling the people of Leeds to enjoy their city in a new and unexpected way, while encouraging footfall back into the city centre for a safe, socially-distanced activity in the run-up to Christmas. This will be complemented by more performances offered through our ONDemand livestreaming platform, including our much-anticipated dramatic concert performance of Fidelio under the baton of Mark Wigglesworth and performed in the stunning surroundings of Leeds Town Hall.

“Our work with schools and community settings also continues unabated and will continue to be a priority as this challenging year draws to a close and we look forward to brighter times ahead including a return to live theatre and touring during 2021.”