The award-winning York Handmade Brick Company has played a significant role in a stunning development in the heart of London’s West End.

The Easingwold-based firm, one of the leading independent brick-makers in the country, has supplied thousands of specially-manufactured bricks for the contemporary development in Mount Row, Mayfair – opposite the iconic Connaught Hotel.

The state-of-the-art, five-storey building, which will be completed next autumn, comprises a brand-new commercial art gallery and four luxury apartments.

York Handmade founder and chairman David Armitage commented: “This was an incredibly prestigious project for us, worth £60,000, and it was a great honour to provide our bricks for such a landmark mixed-use building in the heart of London.

“Our long thin Maxima bricks were perfect for this development, while their bespoke colour, a dark red, fits in perfectly with the other distinctive buildings in Mount Row and nearby Carlos Place.

“More generally, we are extremely proud to have played a key role in the reshaping of modern London over the past 10 years with a series of acclaimed commissions. It is wonderful to have a little bit of Yorkshire in the heart of the capital.

“These high-profile, award-winning commissions have led to new prestigious projects elsewhere in the city, which will further strengthen our position as the independent brick supplier of choice for London architects and developers.”

He added: “It is humbling to be part of a rich tradition in London, where brick continues to be the material that helps both residential and commercial buildings to bridge the divide between the traditional and the contemporary, as well as giving them a unique and individual look”. 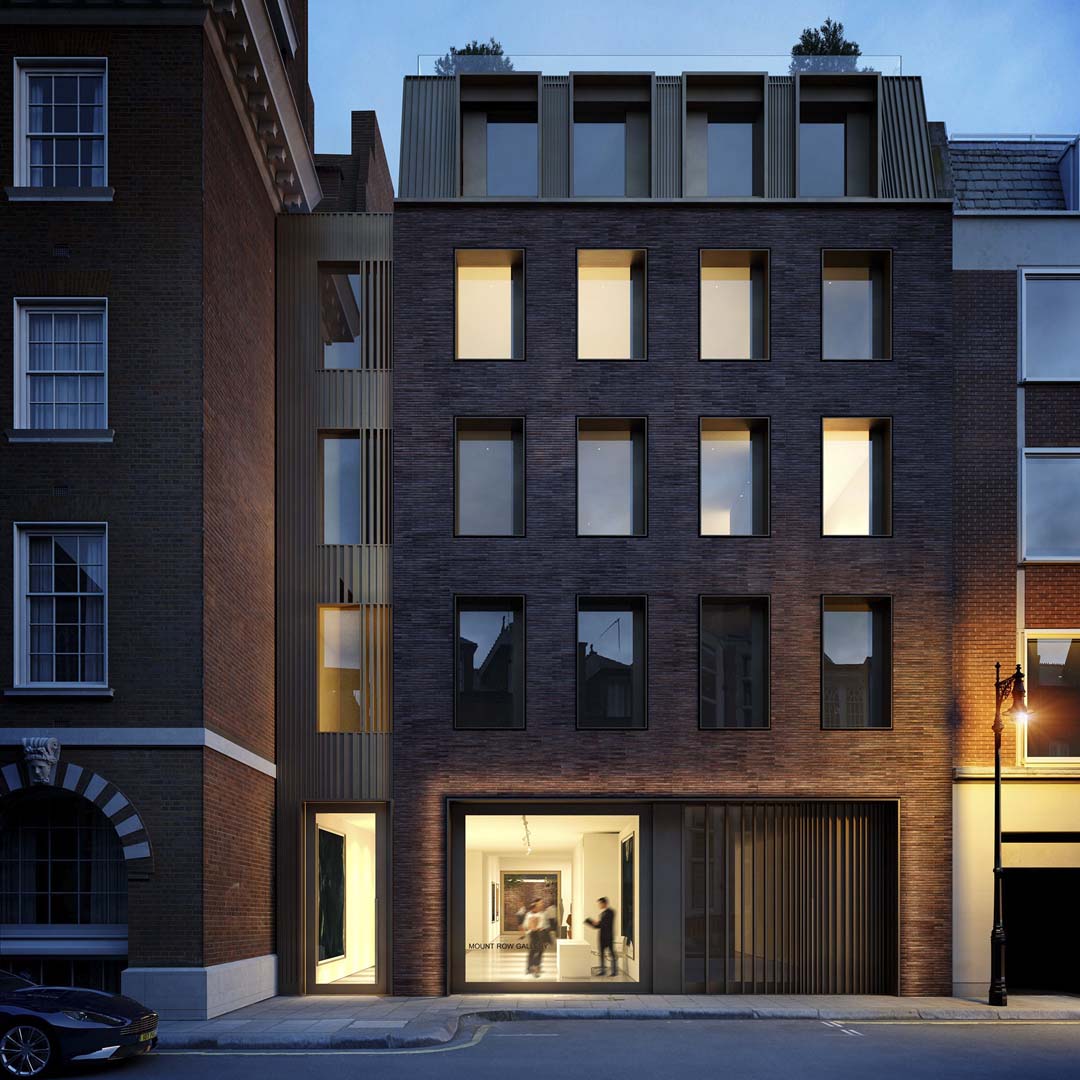 Martin Wells explained that the new building presented its challenges: “The relatively small scale of the existing two-storey building at No. 30 Mount Row was out of context with the rest of the street which consists predominantly of five and six-storey buildings.

“So this was an opportunity to replace this building with one of more suitable scale which would not be dwarfed by the two adjacent buildings and which would address this gap, stitching the streetscape together into a more coherent whole. We therefore had to design a facade which would respond to the heritage setting of Old Mayfair, whilst remaining unashamedly modern.

“The range of colours provided by York Handmade seem to effortlessly echo those of heritage buildings in the area, so we were able to make a selection which ultimately provided us with a brick combining the rich tones, texture and form that we had been looking for.  We were also drawn to the fact that they were handmade in the UK, as so much of British-made manufacturing is either moving towards mechanisation or sadly disappearing entirely.

“Everyone at York Handmade have been pleasure to work with from the start – always very can-do – throughout the process up to the delivery of the bricks on site. They have been part of the team working to make the brickwork package on this project a success.  We will definitely be working with York Handmade again and would thoroughly recommend their products and team,” said Mr Wells.

Other key players in the Mount Row project were the development manager, Glebe; the main contractor, Forcia Ltd; and the brickwork sub-contractor, Macai Projects Ltd.