York based Rachel Roche has written a Law Society backed book to help solicitors set up their own practices at one of the most challenging times for the legal profession.

Rachel Roche, of Roche Legal, is a multi-award winning solicitor who was commissioned by the Law Society to write the book How to Start a Law Firm with Darren J. Sylvester who set up his own practice DJS Law Solicitors in 2016. The 110,000 word book is officially released on Saturday with the authors hoping it will become a ground breaking template for solicitors wanting to set up their own practices.

Rachel, who won the Law Society Sole Practitioner of the Year award  in 2018, started writing her 55,000 word contribution last year – the 100th anniversary of women being allowed to practice law in the UK – and said: “It was important to me to be able to produce a book that would help lawyers wanting to set up on their own, particularly given the current problems. In response the pandemic we added a final chapter entitled Covid-19: The ultimate disaster recovery test.

“A number of people have contacted me in recent years asking for advice about how to set up on their own and there wasn’t this kind of resource. I set up my own practice nearly seven years ago when there was no manual or template to work from and that is why I felt it was important to get everything I have learnt down on paper which helped consolidate my own ideas. Darren and I have brought different strengths to the book and pulled on the experience of the 16 case study contributors. 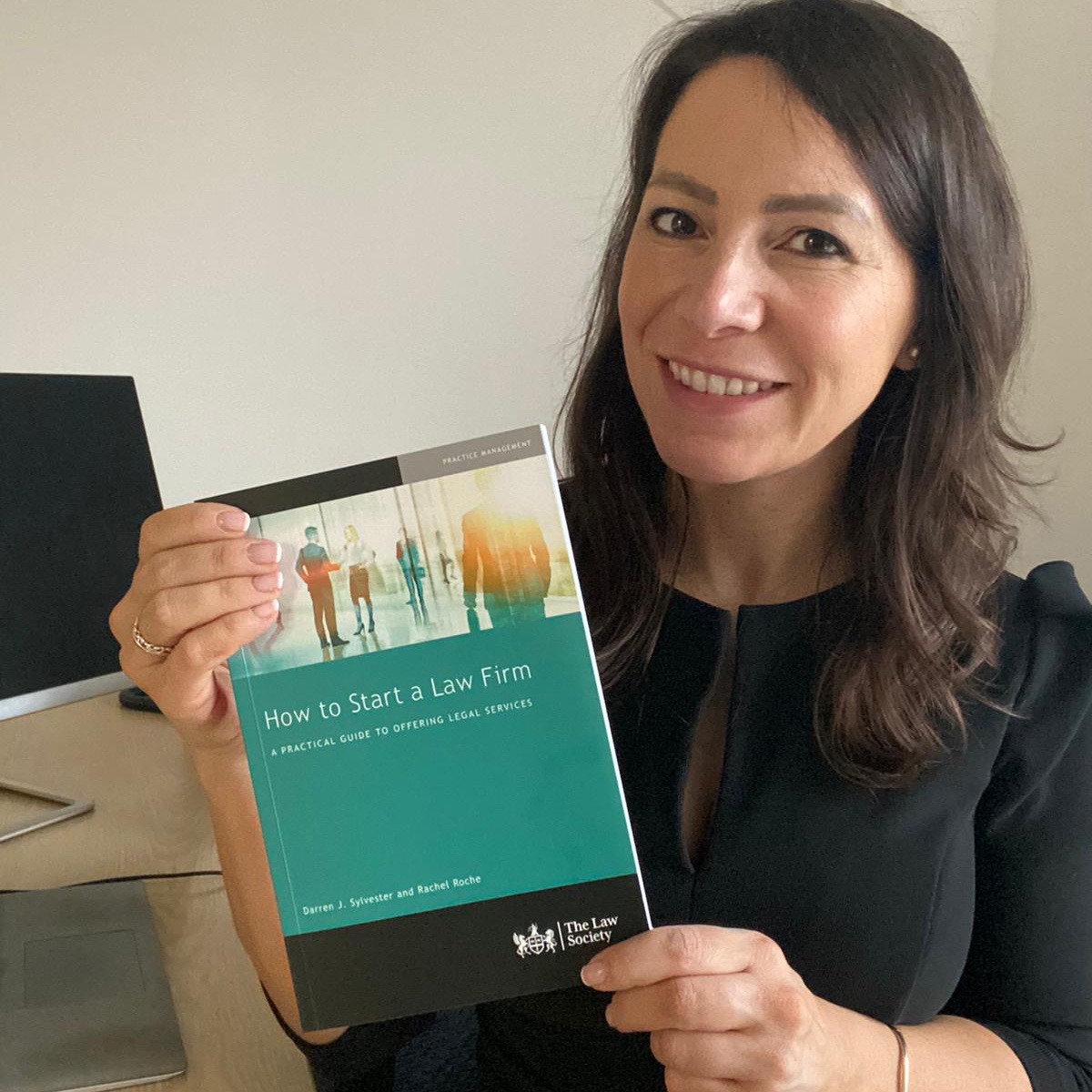 “I started writing my 55,000 words contribution last year which was the 100th anniversary of the passage of the Sex Disqualification (Removal) Act 1919 that meant women could enter the legal profession in the UK and now we are able to launch the book exactly a year after we signed our deal with the Law Society. The launch is being chaired by Stephanie Boyce who next year will be one of two black women taking the Presidency and Vice Presidency of the Law Society.”

Rachel last week received the 2020 Reisman Award for Legal Innovation in recognition of the cutting edge online Will writing and Lasting Power of Attorney system she funded and developed as part of her commitment to modernise the UK legal system by embracing new technology.